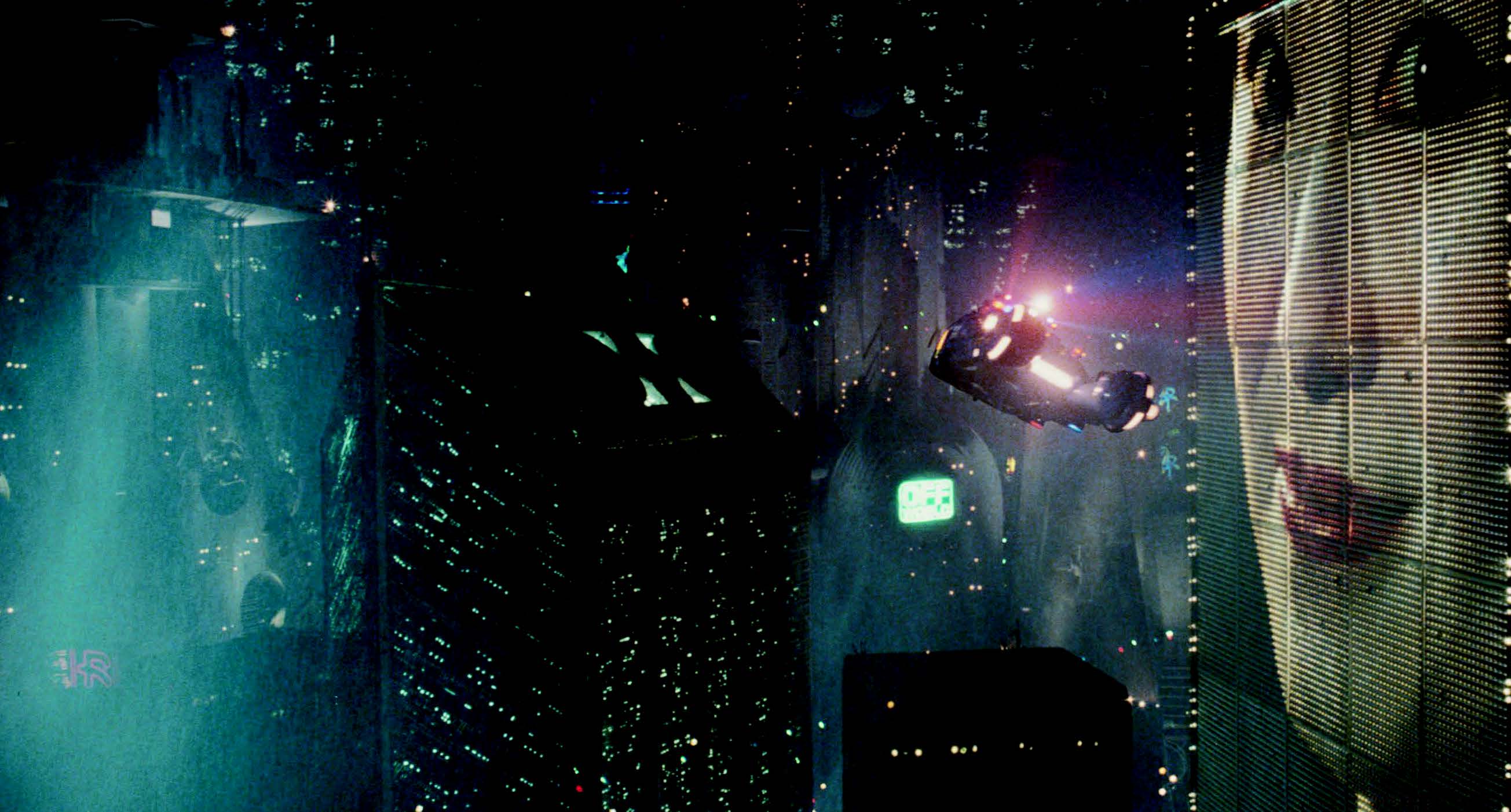 Artifical Intelligence in the Litigation Market, by Tets Ishikawa

Not another article on legal tech, I hear… But that’s what happens when something is hot. Thomson Reuters Legal puts the number of legal tech start-ups in 2018 at over 250. May and June reportedly saw $200m invested in legal tech – an annualised run rate of $1.2bn. Major law firms are setting up ‘legal hubs’ and ‘tech academies’ – Clifford Chance going one further by offering training contracts focused on law tech. The news is never-ending.

At the forefront of this technological revolution is artificial intelligence. Unsurprisingly, in an industry that still likes to establish pack status by the number of lever arch files one can lug into court, the words ‘legal AI’ often trigger a sense of panic, prejudiced by assumptions of some dystopian future from a Ridley Scott Blade Runner sequel. But underlying this is a lack of understanding within the legal industry of what AI is trying to deliver, and a mismanagement of expectations by the technology industry of what AI can really achieve.

The legal industry accepts that technology needs to be embraced, but it still needs to address (i) the imbalance between understanding vs expectation, and (ii) how to embrace AI.

The real potential of AI is often misrepresented by over-enthused tech die-hards, who believe technology will replace humans in all walks of life.

Actual practitioners are far more realistic. For a start, they think of AI not as artificial intelligence but augmentative intelligence, because of its inherently ‘enhancing’ raison d’être. They see the process of technological evolution as an ongoing series of steady steps made over years. Moreover, they know that over-enthusiastic predictions of AI is a tiring habit of tech fantasists. In the 1980s, expectations of AI were sky high, mirrored in popular culture of the time. However, when the limitations of AI became obvious, an ‘AI Winter’ ensued, with a loss of interest and investment. In fact, rumbles of the next impending AI Winter have already been growing – a sure sign that expectations of AI need to be tempered.

At the same time, the applications of AI in litigation are impulsively misconstrued by many lawyers. Extreme reactions of how AI can never replace the judiciary as deliverers of justice or lawyers who fight for the delivery of justice are not uncommon. Other reactions include how AI can never deliver the human subjectivity required in the nuances of human society in precedent-setting legal matters. These are of course valid points, but this reflects a misunderstanding about what AI is aiming to deliver and the role it can play in litigation.

What’s clear is that there will always be a need for human subjective input in understanding and judging morally, ethically and legally complex matters that are not just a question of data analysis. After all, the widely accepted point at which AI is rejected by human society is when AI-driven decisions impose a behavioural change on people. Just imagine how society would react if AI imposed a prohibition of alcohol and a 10pm curfew for the betterment of society.

The fact is that AI can only grow with human subjective input. And this creates one of the most natural limitations of AI in litigation. Recently, Amazon abandoned its programme building an AI system that reviewed CVs to automate the search for top talent, because it discriminated against women, having built its intelligence on historic data which reflected the very discrimination it was trying to move on from.

In simple terms, AI needs human guidance; but with the right guidance, AI in litigation is far from a competitor to the human, but a means to enhancing the emotional and intelligence quotients that humans bring. But the question arises again – how? For that, one needs to understand how AI can be applied in litigation reality.

Most of us use machine learning technology to enhance our everyday lives. Some of us use it already in litigation in the form of high-level reviews in complex litigation matters.

The best-known example is the Serious Fraud Office in the UK, which announced last year that it would be using its AI-powered document review system, Axcelerate, on all its casework. Axcelerate was used to help bring a successful case against Rolls-Royce in 2017, which involved more than 30 million documents. The operative word here is ‘help’ – it did not build the case for the SFO, but it helped.

How? It specifically scanned for legal professional privilege content at a rate of c. 600,000 documents a day, somewhat faster (by a factor of 2,000) than a standard barrister’s 300 documents a day. It also generated visual reports (see a September 2018 BBC article titled ‘A digital game or a powerful weapon against boardroom crime?’) based on email communications to establish connections between individuals and matters far more quickly than the human eye would ever have spotted.

The end result was allowing the SFO to access relevant material and pursue (or close) lines of enquiries far more quickly and efficiently than humans would otherwise have been able to, thereby allowing them to deliver what taxpayers pay it to do – investigative and prosecutorial work.

In civil matters, the benefits of such an application in even slightly complex litigation matters are clear. It lowers the cost of litigation for both sides, ensures a higher capture rate of relevant legal points and evidence, and helps an over-worked and under-resourced judiciary.

More importantly, it brings to the fore the real qualities of lawyers – those whose qualities lie not in document management but who can provide the subjective oversight required of the enhanced data to build relevant and pertinent legal arguments for the benefit of their clients.

It will also mean less fees per case – that dreaded fear for all lawyers – but in the best spirit of Social Darwinisim, it will generate more work for the best lawyers, because of the infinitely better service to clients that they will be providing.

From a commercial viewpoint, litigation is not the most efficient practice and is vulnerable to human errors. AI-assisted automation has the potential to bring marked improvements in efficiency and accuracy.

The first way is automated transcription, not in hearings, but in the spoken discussions and interviews at the outset between the litigation parties and their legal team. It is a well-known frustration that at the beginning of any instruction, it takes ‘time’ to bring the legal team ‘up to speed’.

Where documents could be shared automatically and interviews / discussions transcripted, not only is all the information immediately captured, but it can be integrated into AI-assisted review systems, allowing for questions and enquiries to be raised in real time during those initial discussions, thereby speeding up the process of ‘bringing the team up to speed’.

The second is drafting. This is already widely used in commercial law, premised on the basis that the initial draft always takes considerably more time than the editing of drafts into a final version. Each lawyer could have their own unique machine-learning AI, that through natural language processing, generates draft letters for lawyers to edit into the final version.

The third is guided workflow systems, which ensure all the various components of a litigation can not only be consolidated, but used to generate reminders or suggestions that a lawyer may otherwise have missed. The critical point here, though, is all decisions and actions taken remain at the discretion of the lawyer and/or his client.

All of these are simple applications that can easily add to the productivity and commercial value of lawyers, helping the best to shine through.

Case prediction technology companies have sprung up over the last few years, each with their own particular approach to data analysis – whether it is focused on judge risk, on points of law or a set of homogenous cases, such as personal injury.

First, these systems can highlight case precedents that one currently relies entirely on their lawyer to know from their knowledge and experience. Instead of being limited to the knowledge, experience and resource of a specific lawyer, these systems allow for precedents to be drawn from its entire data set, which far exceeds that of any one single lawyer in a fraction of the time.

Second, it highlights lines of claim, argument or enquiry in a litigation matter that may have otherwise been missed by a lawyer or may have previously been used. For complex matters with voluminous documents, this can bring significant value to the overall litigation strategy.

Third, the ‘prediction’ output can be narrowed down into subpredictions on specific aspects of a matter, in particular specific lines of claims or argument, or specific items of evidence, thereby helping guide on what may be strong and weak points of any particular claim.

In fact, this is akin to a comprehensive counsel’s opinion – but it is simply generated by a computer, not counsel. To that end, it is not about replacing counsel’s opinion, but adding another set of opinions which – for right or wrong – augment the overall quality of the case strategy or analysis.

As a litigation funder and ATE insurer, we are often asked if we would ever rely on case prediction technology. The answer is clearly no. But any data and analysis that assists in assessing a case is always useful, and we would certainly consider its contents. And in the same way that we would never take at face value any counsel’s prospects, so we would not take an AI-generated report at face value either.

As a litigation funder and ATE insurer, the benefits are not just in underwriting, but in helping reduce the costs of litigation, to make cases more commercially viable and improve access to justice.

As for law firms, AI-technology is one part of the broader evolution occurring in the legal industry today. With big accounting firms building legal teams and law firms becoming listed companies with real commercial responsibilities, the pressure of competition and revenue growth is real. Those who are commercially progressive and embracing of technological change are the most likely to survive and thrive.

You can find out more about which cookies we are using or switch them off in settings.

This website uses cookies so that we can provide you with the best user experience possible. Cookie information is stored in your browser and performs functions such as recognising you when you return to our website and helping our team to understand which sections of the website you find most interesting and useful.

Strictly Necessary Cookie should be enabled at all times so that we can save your preferences for cookie settings.

If you disable this cookie, we will not be able to save your preferences. This means that every time you visit this website you will need to enable or disable cookies again.

This website uses Google Analytics to collect anonymous information such as the number of visitors to the site, and the most popular pages.

Please enable Strictly Necessary Cookies first so that we can save your preferences!